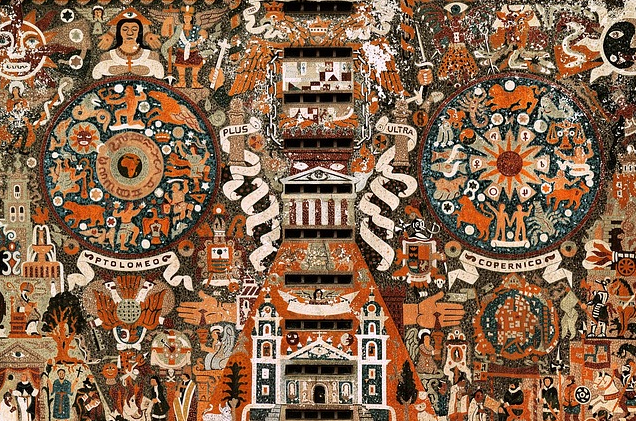 Names often hold the hope, the promises, and the memories of the people who raised us. A sort of silent wish cast into the future, not unlike a coin that is tossed into a bubbling fountain.

Sometimes we know of these wishes – a command that invokes respect and power, a word that derives its own history from some beautiful part of an uncompromising world, or perhaps the continuation of someone else’s story. In some communities, it’s the firmest way to anchor ourselves to an identity that resonates with our soul.

Names are given to us and they can also be chosen by us. Names are powerful.

My middle name is Rose, a name I inherited from my paternal grandmother Rosa. She was often described as a storm-of-a-force to be reckoned with by all who met her, a compelling and assertive matriarch. She was born and raised in Mexico in an educated yet relatively traditional
community. Abuelita Rosa was voraciously intelligent, a dynamic socialite, and a woman whose decisions were rarely stirred or woo’d by others. She held back nothing – her thoughts, beliefs, ambitions, and love always felt alive. She was a bright crimson flower whose presence was breath-taking by itself and breath-taking nestled in its larger community. Abuelita Rosa independently owned several businesses throughout her life, all the while raising six children on her own. She owned a ranch with animals. She was a talented painter. She self-taught herself everything. It seemed like there was not a thing my grandmother couldn’t do.

Like my name, much of these descriptions were inherited to me mostly by my family. Papá always held a proud, loving glint in his eyes when talking about his mother; his faraway gaze sometimes a mindful revisiting of a memory and sometimes an unshed tear. Mama shared stories of Abuelita that held such intensity and energy I could imagine the images unfurling in front of my eyes as she spoke.

Would people speak of me in that same light? Would their eyes glitter in emotional waves? Would they remember the moments that defined me?

It was a classic case of tossing the baby out with the bathwater.

I rejected my middle name for much of my early life. It felt too heavy, too feminine, too powerful for a young girl like myself to carry. Most importantly, it felt too cultural and it didn’t fit. The world saw me as culturally ambiguous and I internalized it. People of my culture gave me feedback that I was unlike them in some way. I couldn’t converse in Spanish, so I was not Latinx enough. My mom wasn’t Mexican, so it technically wasn’t a Mexican household, even as we celebrated holidays and upheld our traditions. My family didn’t share the same struggles my Latinx friends’ families did. My shape was weird and I was too light and, actually, “You look more Middle Eastern than Latina.”

If the world saw me in fragments, was I allowed to see myself as a whole?

The irony that existed inside of me was that I only took in the bad parts. Rather than the power and promises, I chose only to carry the limitations and pain I associated with the name. In my attempt to create my world, I had used the barriers between my namesake and myself to completely cut myself off from the parts of my cultural identity that were imperfect or vulnerable. Including my name.

I used to think of bright crimson petals when I thought of roses, but those aren’t the only kind of roses. Pink, yellow, white, and orange are naturally found in nature, as are striped and splotched roses. Purple and blue roses sprung from human curiosity and reimagining. Black roses exist as well.

What the hell. I want to ask why I did this to myself but it’s not a pressing question. The question is: what am I choosing for myself now?

I am in the process of creating my own flower, vibrant and with an array of mismatched petals. Some are a bright crimson, some are splotched, some don’t fit perfectly. A lot of them are beautiful. All of them were chosen by me and I will be the person to love these pieces of myself as a whole.

—
This year, National Hispanic Heritage Month falls between September 15 to October 15. It is a month to celebrate and honor the positive Latinx/Hispanic people in our community.

Dr. Nathalie R. Henaine, Psy.D is a post-doctoral fellow at the Cira Center for Behavioral Health. To schedule an appointment with someone at CCBH, please visit ciracenter.org