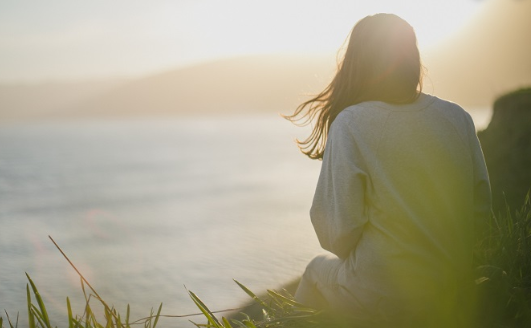 Creating is a core part of how I’ve made sense of life and my interactions with its intensity. As a child, I scribbled vibrant illustrations and stories about the monsters under my bed. During adolescence, I sang sad poetry outside during the May downpours. In my adulthood, I create fictional characters who grapple with obstacles that become their chrysalis.
When I was given the opportunity to write for the CCBH blog, it felt natural for me to jump at the chance. It was an invitation to share the parts of myself that feel messy and human, because authenticity is how we connect.
Messy. I can do messy. I feel like a flaming hot mess on some days.

I was also terrified. I was scared to introduce my personal messiness into my professional life because that is the shit that is WAY TOO MESSY to clean up when it hits the fan. My insecurity wants security, the fake safety of sitting atop my intellectual soapbox where I could impart profound clinical wisdom from a distance.
Distance is the opposite of feeling human. Distance is disconnection. I remember hearing in one of my high school classes a statistic about the number of people who think about dying and suicide throughout their lives. I don’t recall the
specifics, only my reaction: an absolute, total-and-utter rejection of this information as true and useful. The statistic felt like an astronomically low number. It felt like bullshit or some sort of disillusioned conspiracy (hello, teenage Nathalie angst).

As an adult, I understand my reaction was less about the number and more about the offhandedness and feeling of invalidation. No one else feels as awful as I do? Am I an anomaly? What am I supposed to do with this information?
Suicide and suicidal ideation is more common than it seems. Death by suicide is the 2nd leading cause of death in 15-24-year-olds, a time in our lives when we’re still figuring just who we are. It’s the 4th leading cause of death in adults. LGBTQIA+ are at an increased rate of attempts. There are also gender disparities. And ethnic disparities.
Disparities associated with access to resources. Research tells us these facts. I know these things -as a human, as a psychologist- but taking in too many statistics feels so far away, disjointed, so impersonal. I hate that. I crave closeness with people, a connection. At some level, I believe we all do. We want to be deeply known and deeply seen. That was the biggest part of my reaction to that statistic. I had knowledge but I didn’t know what to do with it. It didn’t make me feel any less alone.

Suicidal thoughts and death felt omnipresent. In the logical part of my mind, I always knew I wasn’t alone in thinking about my own death. There was subtle evidence of it when I allowed myself to pause, turn outward, and deeply notice others. Literature authors -many of whom died by suicide- who described the existential suffering and trappings of their characters. Gritty lyrics of musical bands that feel as if they knew your inner workings better than you know yourself. Friends who concealed their pain under long sleeves, self-sacrifice, and extroverted smiles. Teachers speaking in vague terms of their trauma and how their healing might inspire our change. The silent midnight wails of family who mourn alongside recollection and a few bottles of whiskey. The last one haunts me the most.

I’m still sometimes scared of the monsters lurking under my bed, though my relationship with them has changed. I’ve known them now. More than written, more than seen, more than thought, but lived. The monsters are different than I imagined. They look like a suppressed rage I convince myself is a fleeting sadness. They look like the casual mental fantasy of locking myself into a staring contest with oncoming headlights. They look like the shame reflected back at me when my eyes absent-mindedly catch the reflection of a kitchen knife while I’m cooking.
Most of all, I used to be afraid that people could see my monsters, too. See my rawness. That my voice would crack or my eyes glisten when I speak my honest truth with others, or with someone beside me. Scared of what that will mean for me, and them, and us because conflict in closeness is so terrifying.

Inevitably, I am seen. My voice cracks. I become flustered. I am a witness to my imperfection. My demand for self-preservation feels like the memory of singing my heart out to myself in the rain. Except there is another person beside me, attentive. They see me. I’m bringing my monsters out with me into the open, holding them by the hands.
They look different in the light. Real, acknowledged, and less scary. Being known breathes oxygen into me, rekindling my sense of being alive.

–
If you are thinking about suicide or would like emotional support for suicidal thoughts,
The National Suicide Prevention Lifeline is a free and confidential service available
24/7.
English, 1-800-273-8255
Español, 1-888-628-9454