Brock Turner is Not the Problem 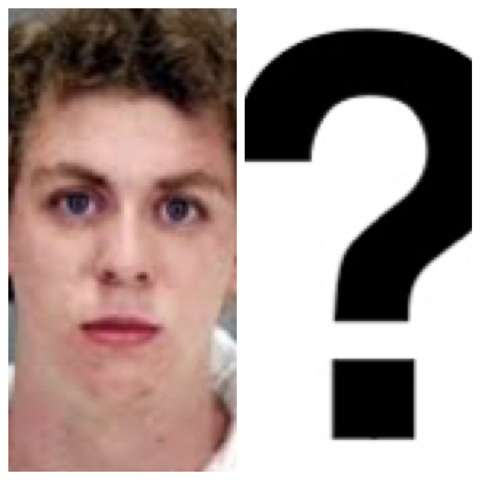 Chapped, rough lips covering my entire mouth.  Hungry, wet tongue slamming into the back of my throat.  My chest heaving, gasping for air that is hard to find.  A cold hand forcing it’s way up my shirt.  Awkward, hard fingers frantically pulling at my bra to grope at my breast.  His hot, ragged breath in my ear. The gravel from the concrete digging into my thighs.  The tree in front of me, preventing me from seeing the world and the world from seeing me.  Tears spilling from my eyes.  My body betraying me, unable to move – unable to even speak – completely rooted to the ground in shock and fear.

I thought we were just playing hide and seek?  Why is he doing this to me?  Can’t he see that I don’t want this??

Eventually, the only thing I am aware of is the dark sky and the moon above.  I can vaguely feel his mouth and hands on me and I am aware of the hot tears running down my face, but all that is really clear is the moon.  I focus on that full, white moon for what seems like an eternity until I am jolted out of my trance (what I now can identify as dissociation), back into reality when I feel him trying to shove his hand down my pants.  Suddenly my body is working again and I am running away from the driveway, from the tree, from him.  Running as fast as I can to wherever I will be safe.

——–
I was 11 years old that night my friend’s older brother turned a childhood game of hide and seek into a nightmare.  And that is to say nothing of the sobbing, turned to anger, turned to total despair that I felt later that night.  Or the rumors that started at my school, first that he raped me and then that that we had consensual sex.  Rumors that followed me around and haunted me.  Or the awful, embarrassing conversation where I told my parents what happened.  Or the years after that where I was absolutely terrified of actually being raped and couldn’t be alone at night on the streets without experiencing intense anxiety and near panic attacks.
But I am one of millions.
We’ve all heard endlessly about Brock Turner, the Stanford Rapist, and the brave survivor who held him accountable.  You can’t go anywhere without reading something about it, including this.  Don’t get me wrong.  I (obviously) have tremendous empathy, compassion and admiration for the survivor in all this.  She went through something awful, she has been wronged over and over again and she keeps fighting.  Rock on sister.  We stand with you.
And I’m really grateful that this awful incident has at least created a dialogue about sexual assault.   We need to be having these conversations.  And finally Turner…nothing can be said about this person that hasn’t already been said.  Something is seriously wrong with him.  He IS a problem, without a doubt.  But he is not THE problem.
Why do I say that?  Well let’s think about this story for a second.  At it’s most basic, a man sexually violated a woman, he did not feel remorse for what he did and/or he minimized the seriousness of what happened and/or attempted to make her partly responsible for the assault and was not punished appropriately.

How many women have a story just like that?

How many of us can say that happened to us?

How many men can identify with this story if they are being honest with themselves?

THAT is the problem.  THIS IS EVERYONE’S STORY.

Statistically speaking, women are sexually assaulted ALL. THE. TIME.  Every two minutes according to some estimates.  Every two minutes.  Think about that!!  And every assault is horrible and deserves the rage of everyone in our society.  Of everyone in the world.  But how many of these millions of cases have received our rage the way Brock Turner has??  Very, very few.

Why are men so quick to protect Turner?  Because they can identify, but have never talked about it.  They’ve never had their crimes against women plastered all over American media, but it makes them think about what that would be like.  It makes these men think about all of the times they have been with a woman sexually when it was questionable to do so.  It makes them think about the time/s when they did assault someone, but got away with it because she didn’t accuse him.  Or she did, but he denied it and shamed her instead.  Or he was accused, but not charged.  Or he was charged, but not convicted.  How many men have a story like this??

And the rage that women are expressing is profound.  It is justified and makes perfect sense and it is intense.  And my guess that is that it is partially fueled by their own anger about THEIR OWN STORY.  For women who have been raped and always labeled it as such, they can identify all too well with Turner’s victim.  But this story is also causing women who never identified as a sexual assault survivor to re-think their sexual experiences.  They are looking back at their history and remembering things that men have done to them and instead of thinking about that event as simply “this weird thing that happened”, they are thinking about it assault.

BECAUSE THAT’S WHAT IT IS.

The details don’t matter.  How many women have been sexually violated in some way and they were forced to suffer instead of their perpetrator.  How many?!?  THIS is the problem people.

And we’re not talking about it.  Which I get.  Sexual assault is a horrifying, isolating, and often times shaming experience.  It is intensely private and personal and ought to be the woman’s choice about who, when and if she shares this experience with others.  She should not be pressured or cajoled into disclosing.  At least THIS should be on HER terms.  But part of the reason it feels so scary to tell people is because she (oftentimes rightly) assumes that she will be blamed for it.  Or at least questioned.  Made to feel like she had some role in it.  How many people would sign up for that??

We need to change the culture folks.  Enough is enough.  But how do we do that?  More on that in my next post.  But for now, let’s just keep standing in solidarity with this brave, brave woman who said everything she needed to say to her perpetrator.

What would you say to yours?

Dr. Colleen Cira is a Licensed Clinical Psychologist, trauma and anxiety expert, clinical supervisor, writer, speaker, wife and Mommy of two little ones.  She has a practice in Chicago’s Loop and Oak Park.  To schedule an appointment with her or her staff, please visit: http://www.cirapsyd.com/