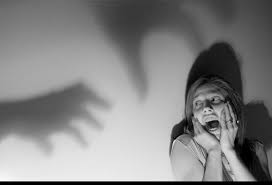 I was standing in the shower, getting ready to settle in for the evening, when I felt something snake down my back, my leg and my ankle.  Somewhat alarmed, I looked down to see what could cause that strange sensation and I saw a huge clump of my hair tangled around my heel.

I momentarily stopped breathing and a feeling of panic came over me.  I opened my mouth to call for my husband, but nothing came out.  I could hear my heartbeat, increasing by the second, in my ears.

Then the air returned, my heart rate slowed down and I remembered what was going on: I’m several weeks postpartum and your hair falls out.  Right…I remember now.  It’s as though the Universe has decided that you no longer need the gift it gave you as a reward during your pregnancy (amazing, thick hair) because you have your little bundle of joy so it takes it all back.  As if postpartum hormones, extra weight and getting to know your newborn aren’t enough fun things to manage, now you have bald patches.  Awesome.  But the good news is that this is totally normal and expected and I know from going through this before, I will not go completely bald even though you would think that if you saw my drain after every shower.

So why did I freak out?  Flash back about 20 years…

I was standing in my shower, washing my hair and felt something snake down my back, my leg and my ankle.  Somewhat alarmed, I looked down to see what could cause that strange sensation and I saw a huge clump of my hair tangled around my heel…and even more wrapped around both sets of fingers.  The only difference is that 20 years ago I was in fact going bald because the chemotherapy I was receiving for my cancer had finally killed off enough cancer cells (and unfortunately all fast growing cells) that I was ACTUALLY losing my hair.  And not just some of it, but all of it.  As a 15 year old girl and a freshman in high school, it was the moment that I had been dreading since I started chemo…and here it was.  I LOST IT…and I don’t mean my hair.  I mean my sanity.  In that moment, I lost it.  Not necessarily because of the hair, per se (although my teenage self might argue differently), but because my hair falling out made the diagnosis real.  My parents needed to literally drag me out of the shower that night and I don’t remember anything else about that evening.  It’s not the kind of thing that comes to mind when you hear the word “trauma”, but make no mistake about it: it was traumatic.

So that’s what was going on the other day in the shower.  Something totally ordinary and not upsetting was happening, but because it was so similar to something terrible that happened a long time ago, I was right back there.  Crazy huh?  Here’s why: there’s a part of our brains that doesn’t understand time, context, person (better known as the amygdala for all you brain-loving folk).  The amygdala’s main job?  FEELINGS.  Intense feelings, specifically, like rage and fear.  What makes this more interesting is when the amygdala gets involved, it overrides other areas of the brain (frontal lobe) that we could really benefit from at times like this.  So when we’re reminded of something awful from our past, the human, rational part of our brain effectively shuts down, and the animal, emotional, irrational part of our brain kicks into high gear.  Sounds like a recipe for disaster right?

Why am I telling you all of this?  Because if this process is taking place in your life and you’re not aware that’s what is going on, it can cause major problems!  This is for the woman who was sexually assaulted earlier in her life who doesn’t feel like she can have a “normal” sex life with her husband because she freaks out every time he touches her.  This is for the man who shuts down completely whenever he feels criticized (even if that’s not what’s happening) because he feels like a scared little boy again being berated by his father.  This is for the woman who cannot engage in any form of conflict because it’s too reminiscent of the arguments her parents would always get into right before her Dad started throwing punches.  This crazy neurological wiring that is there to help us and keep us safe can sometimes wind up causing major problems.

Here’s the beauty of it: when you know what’s going on in those moments (and now you do!) and you don’t make yourself feel worse by assuming you must be crazy (which you totally aren’t!!), you start to take back some of your control…some of your power.  You can start to think through your reaction rather than just react.  And that allows you to talk about it (might need to read this for that), continue to make sense of it and heal from whatever it is all over again.  That might be all you need.  Or you might decide that you need a professional to help work through some of that.  But either way, you’re moving in a direction where YOU get to control your life rather than your past.  And THAT is pretty damn cool.