Vulnerability: The Good, The Bad and The Ugly 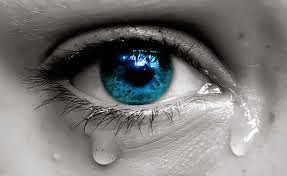 Vulnerability.  It’s a word I deal with all of the time in therapy, but also just by being the person that I am.  Anyone who knows me, knows that most of the time, vulnerability doesn’t really feel like something I choose – it’s just the main way that I know how to operate.  I feel things deeply and wear my heart on my sleeve – always have.  But there are other times when I make a conscious decision to be vulnerable and in those moments I’m reminded about just how difficult of a choice that can be.

This blog has prompted that choice point for me.  Initially, I was writing articles as a doctor – an expert; trying to teach people something they didn’t previously know.  I thought it was important to have a specific skill or set of knowledge to communicate, have it backed by research and reveal very little of myself, because as a psychologist, self-disclosure is a no-no.  But the posts felt stale to me.  Academic.  Impersonal.  I wasn’t passionate about what I was writing and it was coming through in the posts.  So I was left with a difficult decision: continue to be the “expert” and teach OR be a human being (who just happens to also be a psychologist), which meant disclosing my struggles, flaws and weaknesses.  That’s always a difficult thing to do, but as a therapist, it felt even more challenging.  What if my colleagues thought that was a terrible decision?  What if my patients saw my posts and had negative reactions?  The anxiety I felt about potential judgment was pretty intense and I struggled with which direction to take.

If you’ve been following me though, you obviously know what I decided…and I’m glad that I did.  Because pretty much every time I can remember that I have chosen to be vulnerable – to reveal a part of myself that I don’t like, to share something intensely private, to disclose something sensitive – I wind up feeling more connected than ever to others because something magical happens.  Other people start being honest too.  People suddenly feel like it’s Ok to share their struggles, flaws and weaknesses.  The mask comes off, the walls come down and where there was distance and guards up, there is now openness.  Freedom.  Space.  People sharing not only the good, but the bad and the ugly too.

So many of us feel the need to keep up appearances in daily life and social media has made this worse to a significant degree.  We only talk about the happy times and show the parts of ourselves that we’re proud of.  Checking the homepage on Facebook is picture after status update after picture of smiling faces, happy memories and good times.  I don’t say that with judgment – I do it too.  And to a large extent that seems appropriate.  It would seem like a strange breech of boundaries to share our darkest thoughts and struggles with 500+ people on a regular basis.  And at the same time, it’s a shame we don’t use this enormous community to get support on a more regular basis.  What’s worse is the fact that so many of us feel like we can’t even confide in our closest friends or family because we fear burdening them with our problems and pain.  Since so many of us have this mentality, it means that we’re all struggling silently and privately, putting on a happy face when we need to, but when it comes down to it, isolated with our struggles and feeling alone to boot.

What would it be like to take that risk and share your struggle with someone else?  To allow yourself to cry in the presence of someone you trust?  To give someone the privilege of seeing behind the curtain of your life in order to acknowledge that your career/marriage/children are not as wonderful as they may seem to be?  Can you imagine?  It sounds scary, I’m sure.  With good reason.  I was scared as hell to admit in a public forum the awful thoughts that went through my head about that thin, pregnant model.  But ya know what happened?  That post was read by more people and received more comments and positive feedback than anything else I’ve written.  There could be a hundred reasons for that, but I’m pretty sure a lot of it had to do with the fact that people tend to respond very kindly to other’s humanity.  So maybe the next time you’re struggling with something, instead of burying it or distracting yourself from it, talk to someone you love.  My guess is that you’ll be amazed at what happens next 🙂

PS – If the concept of vulnerability intrigues you, you should definitely check out Brene Brown: http://www.ted.com/talks/brene_brown_on_vulnerability?language=en  She is incredible!!