The Fallacy of Perfection 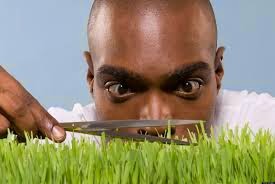 If there’s anyone who knows what it feels like to try to be perfect constantly, it’s me.  Let me start at the beginning.  I’m a cancer survivor.  I beat Hodgkin’s Lymphoma when I was 15 years old.  I also lost one of my best friends to cancer less than a year after I entered into remission.  After these events, I started a not-for-profit organization called “The Meredith Carroll Foundation: Kids Against Cancer”.  By selling t-shirts with inspirational quotes on the back at high schools and grammar schools around Illinois, we raised over $100,000 for cancer research at Children’s Memorial Hospital in Chicago, where both Meredith and myself were treated.

There’s obviously lots of good and bad stuff that came out of these experiences.  Chemo sucked and losing Meredith was one of the most difficult things I’ve ever experienced, but I got to talk about her constantly because of the foundation and grieve in a positive way, plus raise a ton of money in the hopes that other families would be spared from this awful situation.  All things you would expect.  What I did NOT expect is how people would look at me because of all this.  I was a normal 16 year old girl enjoying high school and suddenly I was thrust into the role of a martyr…a hero.  I became the key note speaker for Children’s Memorial Foundation for a year during which time I traveled all over the Midwest giving speeches, acting as the face of pediatric cancer survivorship.  I was given the “Citizen of the Year Award” by the city of Orland Park for my philanthropist efforts and was the youngest recipient in the history of the award.  The Chicago Woman Magazine listed me as one of the top 100 women in Chicago making a difference.  All of this happened when I was 16 years old.  Cool, you might be thinking.  And a lot of it was.  All of these honors absolutely humbled me…it still blows me away that the foundation had such a powerful effect on people.  But it had a less sunny side as well because these things encouraged people to think of me as perfect, which was more pressure than I’d ever felt in my life.  I went from a normal 16 year old girl to a pseudo-celebrity philanthropist who could do no wrong.  I felt restricted to this tiny little box of needing to be happy and grateful all of the time because I, unlike Meredith, was still alive.  Anytime that I felt sad or lost my tempter or “messed up” in some way (read: acted HUMAN), the guilt I felt was overwhelming.  And there were very real consequences when I wasn’t perfect as people expected me to be (I could tell you a funny story here about my first psychology teacher in high school who when I got a B instead of an A [it was my last quarter in high school…sue me], told me parents that this went into his, and I quote, “little bag of hurts”.  I’m serious.  But I digress….)
It took a lot of life experience (and therapy!) to figure out that I didn’t have to keep up the façade of perfection – that the important people in my life would love me, flaws and all.  I slowly started to realize that I didn’t have to feel so terrible every time I made a mistake and instead I could simply apologize for it and try to learn from it.  Seems simple, but it was insanely hard to do.  But the more I tried to cultivate this habit of screw-up-then-apologize, something magical happened – RELIEF.  Room to breathe.  Less relationship anxiety.  The courage to be imperfect (or rather the courage to acknowledge my imperfections because they’ve always been there), freed me up in ways that I cannot possibly fully articulate.  What I slowly began to realize is that the only time my weaknesses/flaws/quirks became true liabilities is when I refused to acknowledge that they were there.
So why do I tell you all of this?  Because it’s still a struggle!  And that’s important for me to remember and for you to know.  I don’t want anyone walking away from reading this thinking I’ve got it all figured out now and I live in a constant state of self-acceptance and forgiveness.  I don’t!  It’s still freakin’ hard!  Evidenced partly through this blog of all things.  When I first started to plan for having a blog again, I, of course, wanted it to be perfect….er, as great as possible.  I figured out topics/themes for every month and began to brainstorm posts that would fit each theme of the month.  But ya know what happened??  We’re now 18 days into March and I haven’t written a single post on Women’s Health (because it is International Women’s month).  And why haven’t it, despite the fact that every day I’m inspired to write about something?  Well some of it is being a busy working Mom, but the more complicated answer is because most of what I’ve been inspired about in the last week or two does not pertain to Women’s health and I decided that this is Women’s Health Month for my blog so goddammit I need to write about Women’s Health!
Umm hello….!?!  That’s crazy…and unnecessary…and not even helpful!  Ok, maybe calling it crazy is taking things too far because I certainly understand my own logic, but it is in fact unnecessary and unhelpful.  So hence this post on perfection.  Little personal inventory of your own: how often do you catch yourself setting extremely high and/or un-realistic expectations for yourself and/or others?  How often do these standards cause you misery instead of the more desirable outcome you certainly hoped for?  It’s worth thinking about.